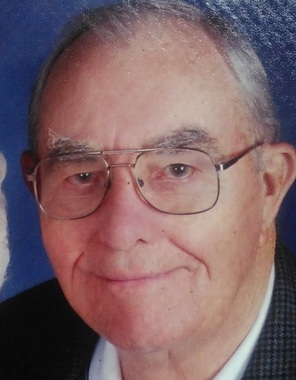 Back to Eugene "Gene"'s story

Gene was a 1947 graduate of Whitestown High School. He served in the U.S. Army from 1951-52 as a Quarter Master. Upon his return home, Eugene worked at Stewart Warner in data processing for 25 years; He and Monzelle owned and operated the Office Supply and Equipment for 22 years and he was a driver for Boone County Senior Services for 14 years.

Gene was Past President of the Lions Club, having served the organization for 50+ years and loved selling Hoagie sandwiches; he also served on the Zoning Board for the City of Lebanon.

Gene was an avid Purdue fan, enjoyed penny slots, playing Bridge, reading, watching the Cubs and doing jigsaw puzzles. He and Monzelle loved camping and traveling the U.S. He was a life-long member of Centenary United Methodist Church.

Survivors include his daughters Karen (John) Diehl of Crawfordsville and Belinda Kirby of Frankfort; several grandchildren, great grandchildren and nieces and nephews; and a sister Ruth (Howard) Sims of Brownsburg. In addition to his wife and parents, Eugene was preceded in death by a brother, Richard Souders.

Family and friends will gather Thursday, Jan. 16, 2020 for visitation from 10 a.m. until the time of service at 1 p.m. in the Strawmyer & Drury Mortuary, 2400 N. Lebanon Street, Lebanon. Gene will be laid to rest at Oak Hill Cemetery in Lebanon.

You are invited to visit the website www.strawmyerdrury.com where you may sign his online register and leave a personal message.

A place to share condolences and memories.
The guestbook expires on April 12, 2020.