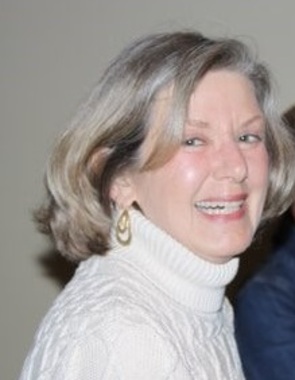 Back to Jane's story

Jane E. Hitch, 71, passed away unexpectedly at her home in Broad Ripple on December 20, 2019. She was born December 7, 1948, in Lebanon, Indiana; a daughter of the late Marvin and Eula Jean (Richardson) Hitch.
Jane's employment included Shorewood Corporation and Ameritech/AT&T. Jane was an avid volunteer, including tutoring in the "Read Up" Program, White River Gardens, and the Indianapolis Zoo. She had a passion for gardening and a love for animals, especially Kitty.
Jane was part of a group of friends, known as the "Pizza Girls" as a result of frequent Friday night gatherings for pizza, wine, and lengthy conversations. Their socializing for over 40 years included fun parties, (many in wacky costumes), and travels to Florida, Mexico, Paris, England, and other wonderful destinations. She had long-standing friends in Colorado, England, California, and Chicago, as well as friendships with many neighbors, fellow gardeners, other animal lovers, and high school pals. Jane will be missed by many.
Surviving are a cousin, Richard (Lee Ann) Hitch of Lebanon; and "nieces", Sherry Hitch, Amy Dohm and their families.
In addition to her parents, Jane was preceded in death by grandparents, Noble Richardson and Harold and Helen (Booher) Dohoney, John and Mayme (Smith) Hitch; and a brother, John Thomas, "Tom" Hitch.
A celebration of life will be held at a later date. In lieu of flowers, memorials may be made in Jane's memory to Indiana Branch of Nature Conservancy, 620 East Ohio Street, Indianapolis, IN 46202. Myers Mortuary and Boone County Crematory have been entrusted with her care. Online condolences: MyersMortuary.com
Published on January 9, 2020
To plant a tree in memory of Jane E. Hitch, please visit Tribute Store.

Plant a tree in memory
of Jane

A place to share condolences and memories.
The guestbook expires on April 08, 2020.