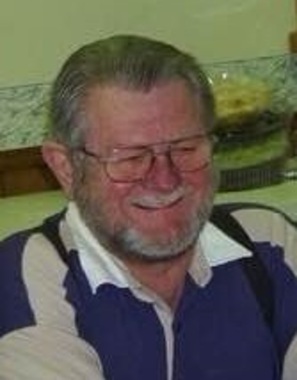 Back to Jerry's story

Jerry Devon Birge, 73, passed away Tuesday, January 7, 2020, at his home in Lebanon, Indiana. He was born July 26, 1946 in Lebanon, a son of the late Gomer Lee and Ruby Fern (Lister) Birge.
On July 17, 1964, he was married to Judith Ann (Crew) Birge in Lebanon. She preceded him in death on October 15, 2010.
Most of Jerry's life was spent in Lebanon. He attended Lebanon school and Dover High School. He was a member of the Indiana National Guard for eight years, serving as an E-5.
Jerry worked for various places in and around Boone and Marion Counties, including, Watts Sunoco, Streamline Trailer in Thorntown, Alton Box in Lebanon, Bryant Heating and AVCO Construction, both of Indianapolis. For many years, Jerry was self-employed in the home improvement business and for 20 years operated a concession business. He and Judy acquired West Side Café in 1994 and operated under the name of Judy's Café until their retirement in February of 2009.
He was a member of the Eagles Club in Lebanon, Thorntown Masonic Lodge, and the Boone County Shrine. Jerry loved his family and enjoyed fishing and camping for many seasons at Lake Van Bibber.
Survivors include children, Darcie A. Birge of Lebanon, Jerry L. (Carrie) Birge of Lebanon; grandchildren, Kayla Birge, Taylor Schick, Meranda Mann, Kelsey Ballard, Cobie Ballard, Emma Birge, Codi Birge, Silas Birge, Felicia Thomas, Alexis Venis; great grandchildren, Garret, Caeden, Lincoln and Robbie; sister, Sandra Lee Morken of Kentucky; brother, David L. (Kathy) Birge of Zionsville along with many nieces and nephews.
In addition to his parents and his wife, Jerry was preceded in death by two brothers, Bradley R. Birge and Marvin G. Birge; and a sister, Brenda English.
A Celebration of his Life is planned from 4:00 to 7:00 p.m. on Saturday, January 18, 2020 at the Fraternal Order of Eagles #2062 in Lebanon, Indiana.
Private Family Burial of Ashes will be held at Oak Hill Cemetery in Lebanon on Friday, January 17, 2020.
Memorials may be directed in his memory to American Lung Association or Boone County Cancer Society. Online condolences: MyersMortuary.com
Published on January 9, 2020
To send flowers to the family of Jerry D. Birge, please visit Tribute Store.

Send flowers
in memory of Jerry

A place to share condolences and memories.
The guestbook expires on April 08, 2020.