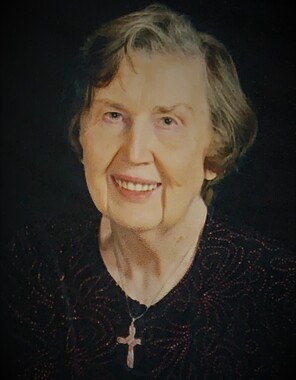 Margene Louise Goffinet, age 83, of Elwood, passed away on Thursday, February 27, 2020 at Elwood Health and Living following an extended illness. She was born in Elwood on April 30, 1936, to Bernard and Mary (Jung) Schuck.

Margene retired from the Zionsville Community School Corporation where she taught Language Arts at the Middle School. She was the coach for the school's spell bowl team which won a state championship. In her early teaching career, she taught at Our Lady of Lourdes School in Indianapolis and in Griffith, Indiana. Throughout her life she was active in local, state and national teaching organizations. Except for a short time when she lived in Des Moines, Iowa, and took courses in Colorado, she was a life-long Hoosier, living in Zionsville for almost two decades. In 1988, she moved to Tipton, Indiana, later moving back to her hometown of Elwood, Indiana where she was a member of St. Joseph Catholic Church and worked with the parish's migrant ministry, and was a volunteer at St. Vincent Mercy Hospital, a volunteer for the Democratic polls, and a member of the Kiwanis Club where she was a past president.

She graduated from Wendell Wilkie High School in Elwood in 1954 after attending the St. Joseph Parish school through 10th grade. She graduated from what was formerly known as Marian College in Indianapolis and received her master's degree from Purdue University. For her 50th college reunion, she helped lead the successful effort to create a scholarship for the Class of 1958 at Marian University.

Margene enjoyed staying in touch and visiting with her large extended family and organized and hosted several memorable family reunions. She traveled throughout the United States and Canada, often making trips across the country solely to visit family. An avid reader and collector, she developed an addiction to crossword puzzles in her later years. A loving mother and grandmother, Margene always invested her time in supporting her son and grandchildren in their pursuits. Ever a proud Marian graduate, she became a vocal supporter of the University of Notre Dame, enjoying many visits to campus for events such as football games. She was a quick witted and compassionate person who was always willing to lend a hand or a listening ear (or take in a stray kitten).

A Mass of Christian burial will take place at 11:00 am on Saturday, March 7, 2020 at St. Joseph Catholic Church 1306 South A Street, Elwood, IN 46036 with Father Goth officiating. Burial will follow in St. Joseph Cemetery in Elwood.

In lieu of flowers, the family requests that memorial contributions be made to the Class of 1958 scholarship fund at Marian University in Indianapolis through the funeral home.

Online condolences can be given at www.dunnichayfuneralhome.com
Published on March 3, 2020
To plant a tree in memory of Margene L. Goffinet, please visit Tribute Store.

Plant a tree in memory
of Margene

A place to share condolences and memories.
The guestbook expires on June 01, 2020.

Katrena Smith
She was my Eng/Lit teacher at Zionsville, 2 years in a row. I really enjoyed her class and thought of her often over the years.
Myra (Cook) Clark
She was my teacher in Zionsville and a great woman!
Sarah Seligman
Dear Kent,
I have thought of your mother often over the past several years. We spent several years working together at ZMS before she retired. I know one thing- she was always very proud of YOU!!! My thoughts and prayers are with you, your wife and children.
Sarah Seligman (ZMS Librarian)
View all 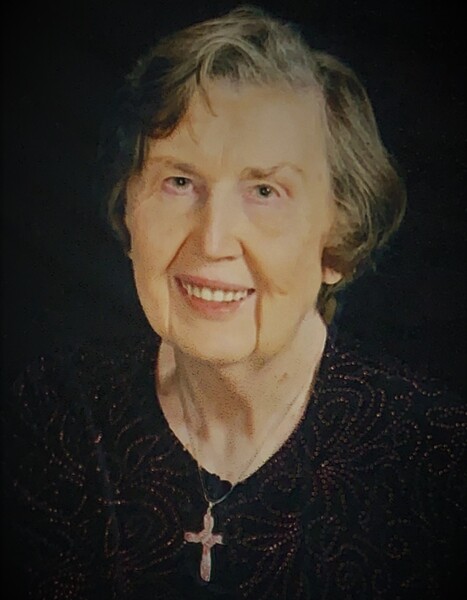